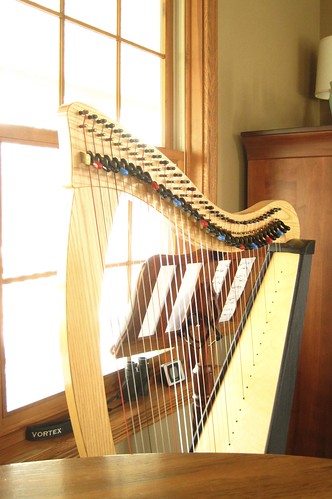 I’ve been hesitant to write. Hesitant to pick up an instrument. Hesitant to plan anything lest I find myself daring to look forward to something only to have it cancelled or indefinitely postponed (which, c’mon — as mortal beings in an infinite universe — don’t those two mean the same thing?).

I thought I might write something that could inspire or at least offer encouragement, but before my hands could reach a keyboard, I soon realized I had nothing I could confidently offer.

With the internet fairly swimming in live performances from talented artists trying to reach other distant human beings, can I really offer anything that isn’t already being communicated? Alas, no… and yet, words are still here. Just like us they lie about in a confused and incomprehensible array waiting to be lined up and assigned meaning again.

Just days before covid-19 took hold in the United States, I was laid off from my job of 12 years in an 8-minute phone call. Within a few short days, along with my job, every concert and rehearsal on my calendar disintegrated before my eyes taking with it months of work and immeasurable hopes and anticipation.

Where I used to find solace in solitude and joy in the often lonely process of creating, I now feel… disconnected, apathetic. Perhaps that’s where some of you find yourselves too: in a dark, disconnected place, cut-off from your former life and your greater sense of purpose, bereft of any semblance of certainty. 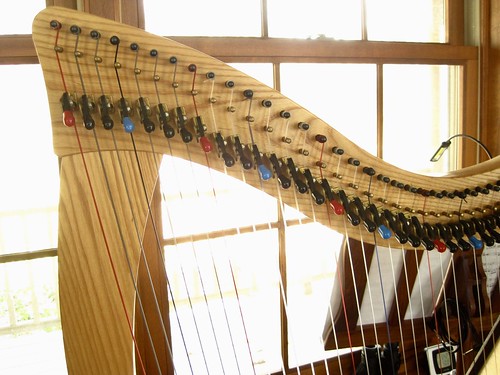 I was relieved when the ever-evolving lexicon used to describe our train wreck of current events shifted from “strange times” to “uncertain times.” “Strange just isn’t the right word!”, I’d been saying to myself. Uncertain is probably the best choice, but it does carry a certain haughtiness with it, doesn’t it? How much were we certain of up until now? I’ve got no answers there!

When I think of pairing uncertainty with hope, my mind usually lands on nature. Out there, beyond our four walls and their right angles, there’s a world that’s always changing, always evolving. We can’t control it, but we can participate… and so we sow the seeds. 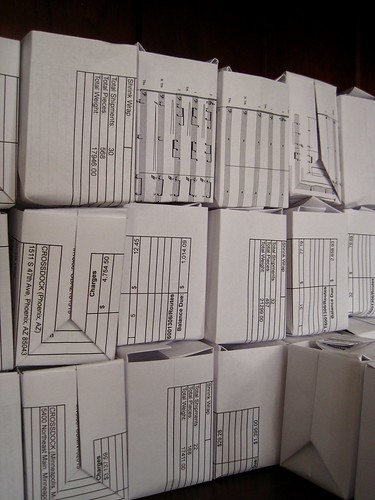 Clearing out my now pointless work files, I decided to turn old invoices and reports into seed pots to hold seedlings for the vegetable garden I’d been wanting to grow but never found the time since music took over my life. Music now forced into silence provides the time, vestiges of meaningless work the vessel.

It would be a stretch to say I find comfort in this, but I do find satisfaction — something tangible to do with my hands as 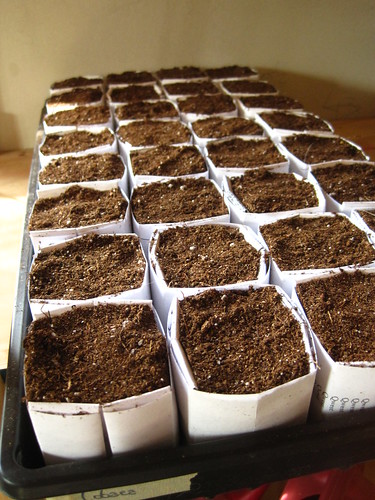 the hours go by. Each paper is folded carefully into a pot lined up with all the others to wait for their load of soil and seed. As my fingers pass over dates at the margins of folds, I remember seasons gone by, a time and place I can never return to. As I fill the pots with soil, I transform them from past to promise by placing a seed inside.

Growing things. Reusing things. Making do. Seeing the value in everything. This is something my great-grandparents and grandparents grew up doing, and something they managed to instill in my brothers and me even though we grew up in times of relative plenty. I’ve felt closer to them than ever the past few weeks. Maybe that is the singular comfort I feel, now: a connection to them like a deep-seated root into the past that feeds me.

To find serenity during uncertainty, we’re told we should resist the urge to fight it, turning on it instead with an embrace, learning from it what it has to teach us. (Something new to practice!) Every day since March 10th, I have at least one moment where I feel I’m finally ready to try, ready to embrace it… and then something else changes or falls away, and I realize I’m not ready. I’m still watching, still on my guard. 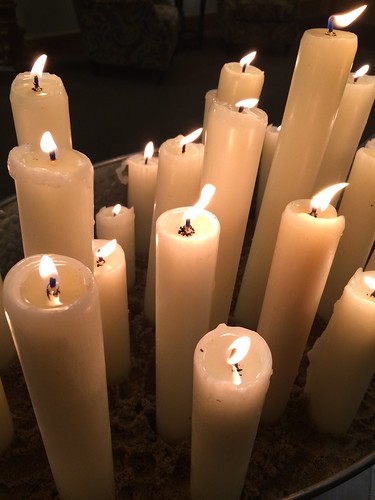 While I practice embracing uncertainty, I hold firmly to gratitude: gratitude for what was, gratitude for each moment, and gratitude for the ties that bind us to one another. Wherever you are out there, may you remember the same. Separated though we are, we are not alone.

2 thoughts on “Attempting to Embrace”