After a winter that stretched the limits of our patience and our firewood supply, spring and its pendulum swings have been a welcome change. We’ve been heading into the woods and into the outdoors, in general, looking for all our favorite returning characters — wildflowers, songbirds, edibles, etc. James’ birthday, recently, was an excellent excuse to spend the whole day outside, soaking it all in. 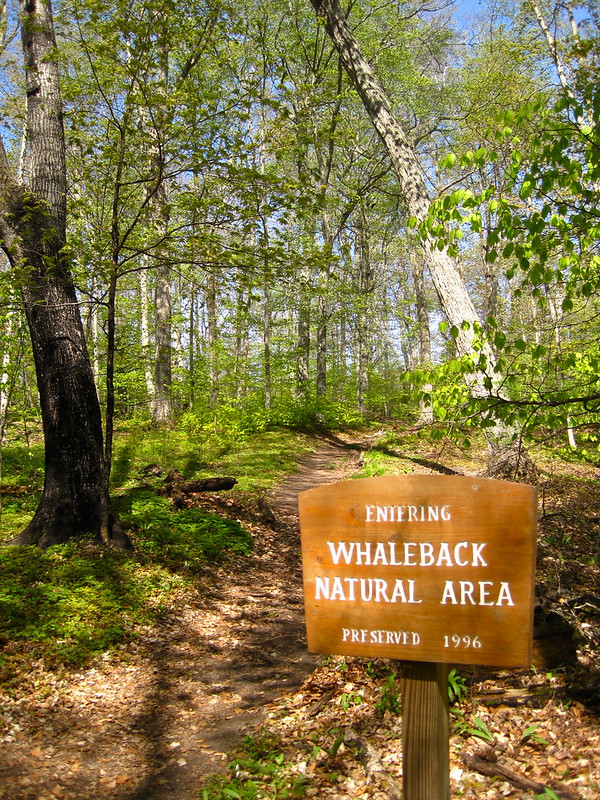 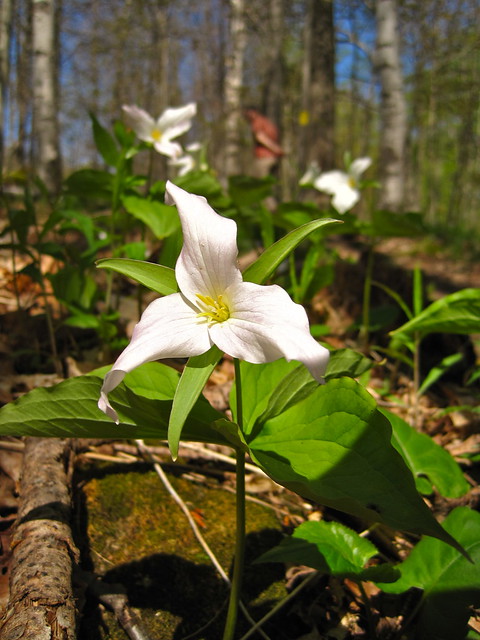 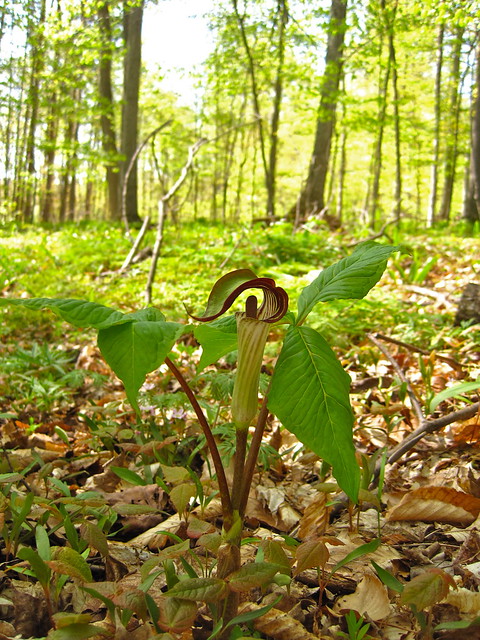 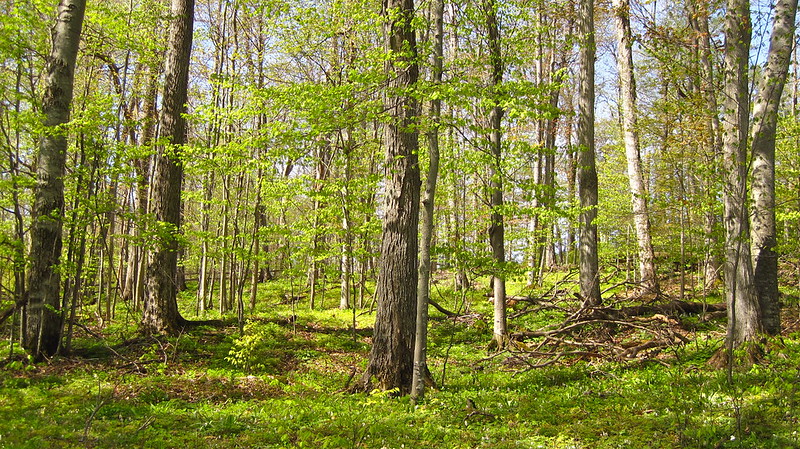 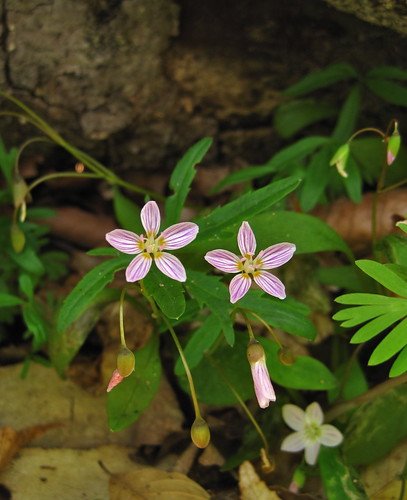 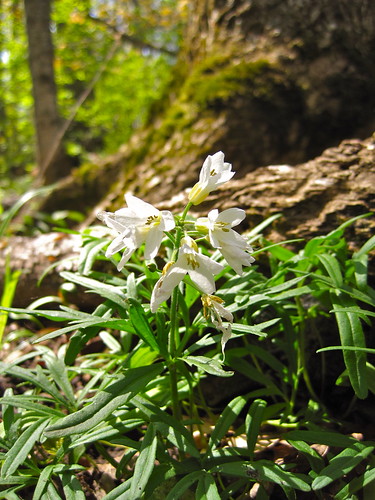 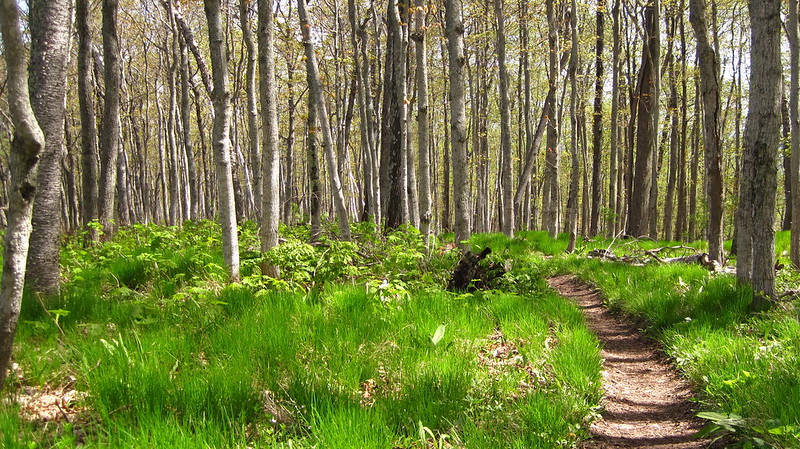 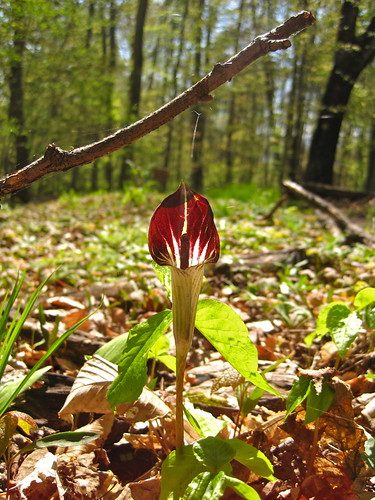 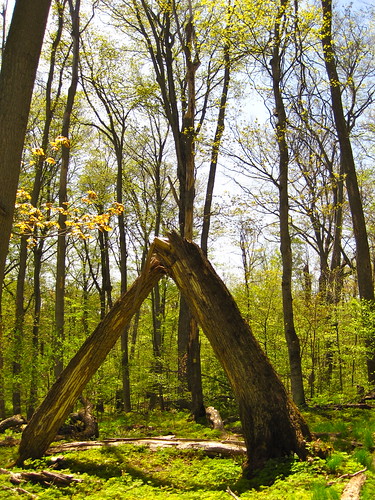 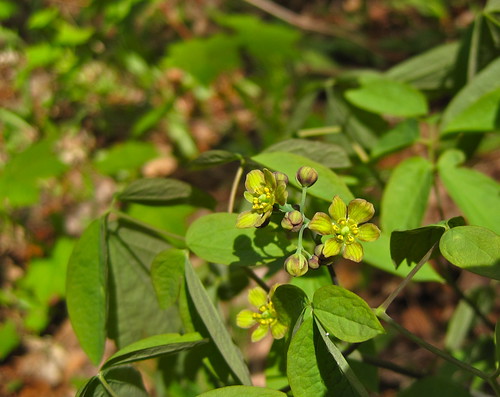 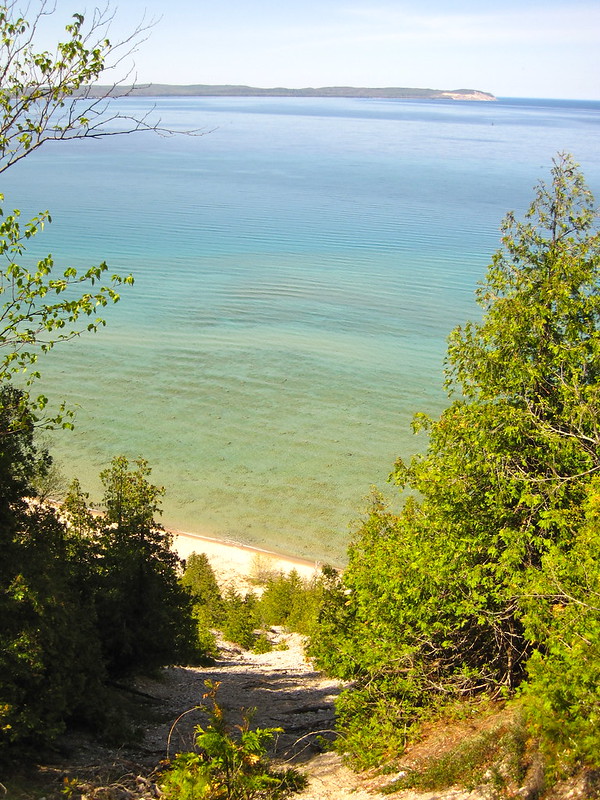 Of course, if you blink, you’ll miss the cherry blossoms. So, on James’ birthday, after our hike in the Whaleback Natural Area, we also criss-crossed the county surrounding ourselves with the nectar-filled air of Leelanau’s orchards. 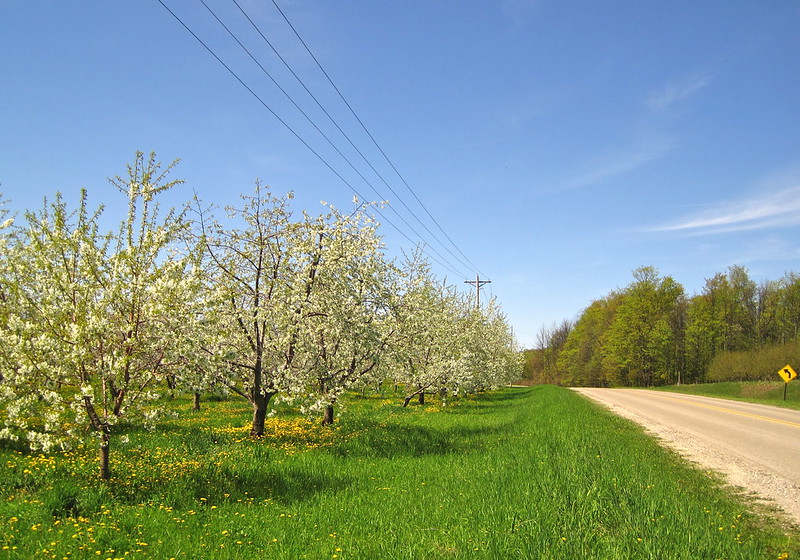 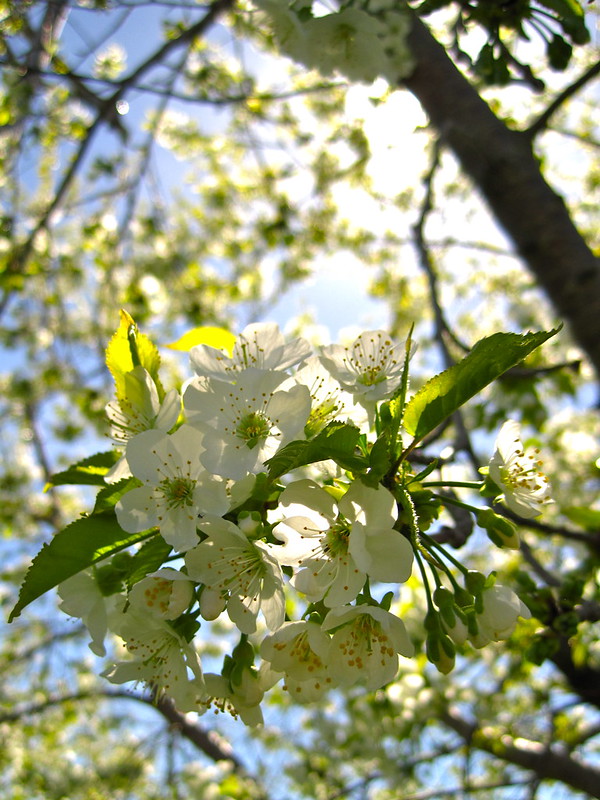 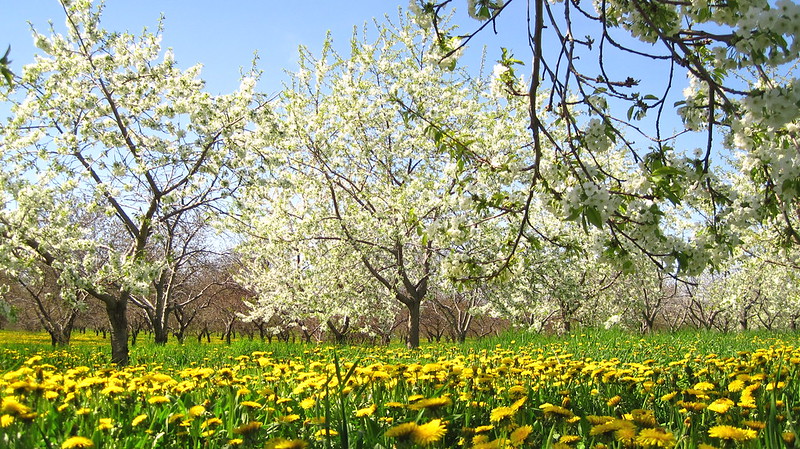 The birthday cake James chose this year was from a cookbook called Vintage Cakes that I bought on an impulse buy at one of our favorite bookstores (The Old Cottage Bookstore, Glen Arbor). The recipe: Cherry Chip Cake with Cherry Buttercream. Each layer had a thin layer of chocolate ganache between the buttercream!

It smelled divine, was fun to put together… but unfortunately it didn’t really taste of cherry even though it had nearly a half-pound of dried cherries in it. Still, with that much buttercream and moist cakey goodness, how can you truly be disappointed in a cake? After our first serving, I made a cherry sauce to put on the plate with the slices so at least the cake wouldn’t be cherry in name only! 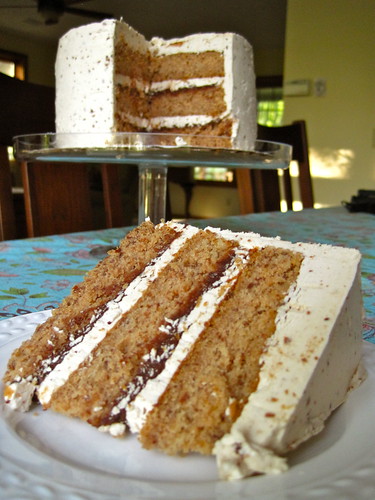 While on a guided hike of the Houdek Dunes Natural Area sponsored by The Leelanau Conservancy, we were let in on a little secret: the dunes were filled with hundreds of fragile/precious Moccasin Flowers (aka Pink Lady’s Slippers). On our hike, the plants had fully emerged from the forest floor and had formed buds that were just about to open. So, a week later, we returned to find them all bursting open. 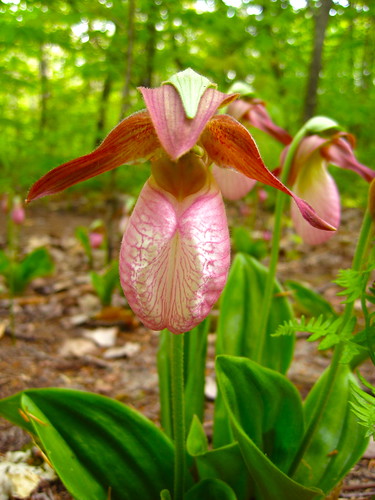 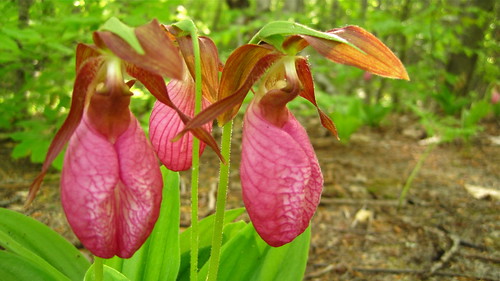 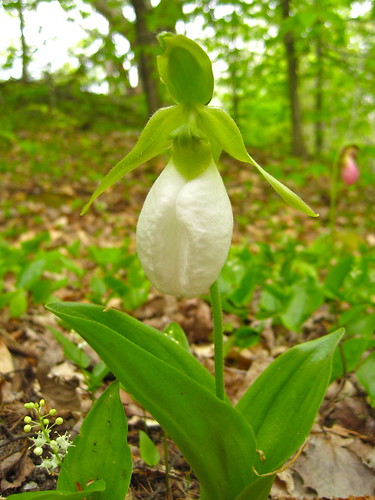 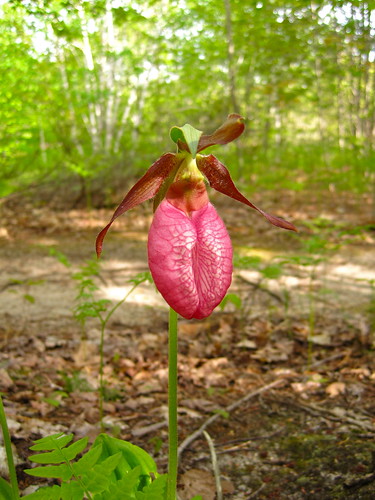 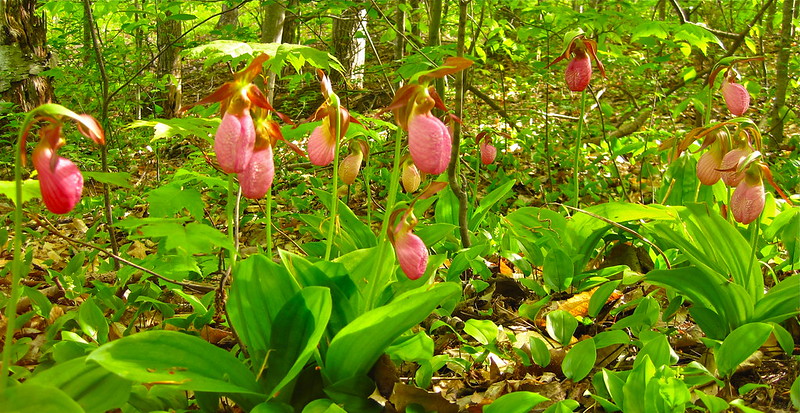 We also came upon several cute little Starflowers which we’d never seen before in all their seven- and eight-petaled glory. 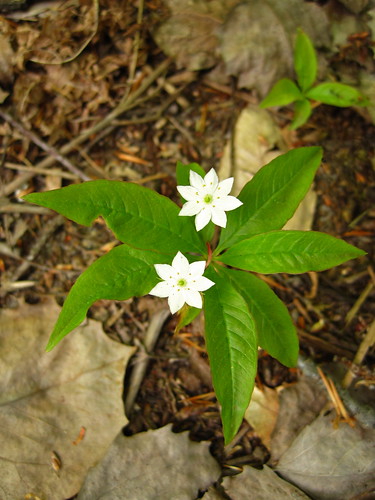 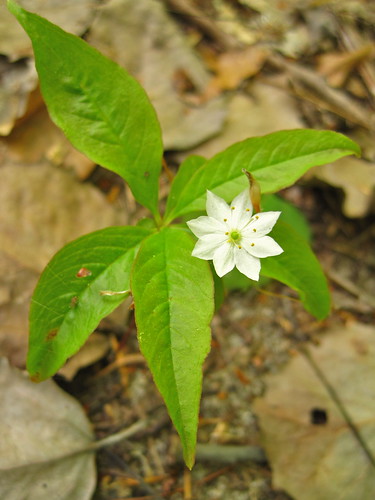 Nearly all of our other outdoorsy time, lately, has been spent getting several gardens up and running — not exactly photogenic work as of yet, but hopefully that will change as summer sets in. Yesterday, the high reached 93 though only the “mid-to-upper 80’s” were forecast. Though you won’t hear many people in the county complaining, I proudly stand with my sandwich board and handbell, crying at the injustice of 90-degree days in the first week of June. It just ain’t right, folks.